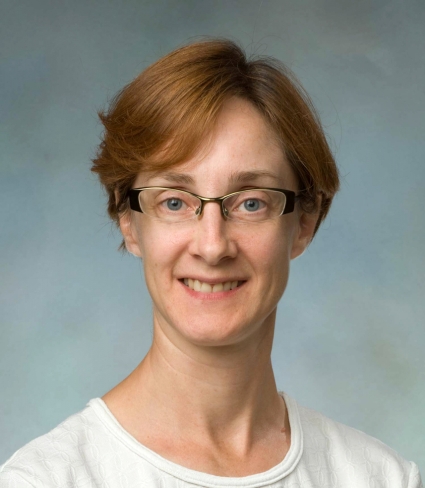 Dr. Stephani Foraker is a cognitive psychologist, specializing in memory and psycholinguistics. She is interested in how we communicate with each other, asking how our voice, our body, and different aspects of language affect how easily we can remember something. Stephani received a B.A. in psychology from the University of Akron, OH, and earned her Ph.D. at New York University in 2004. Prior to joining Buffalo State in 2008, she was a post-doctoral researcher at The University of Chicago.

I have an active lab group of undergraduate students each year, which is a great way to get some research experience as a volunteer, and if you are interested further, as a transition into an independent research project for credit, or summer research fellowship. Please drop by my office or email me if you are interested or have questions.  I am also the Faculty Advisor for Psi Chi, the International Honor Society in Psychology.

Caley Wekenmann completed her BA in Psychology at Buffalo State in 2013, followed by a BS in Nursing at Niagara University in 2015. She is currently in the Doctor of Nursing Practice in Psychiatric Mental Health program at the University at Buffalo. While at Buffalo State, Caley was the President of Psychology Club, and helped lead a study looking at change blindness while watching movies. She also did an honors thesis with me, examining speech perception of tongue twisters, which was presented at a national conference.

Carla Kuhl completed her Masters in Social Work at the University at Buffalo, 2015. Carla started as a volunteer research assistant in my lab, and was involved in a Psychology Club research study. She then completed her own independent research study, presenting it at a national conference. Her experiment is part of a submitted manuscript.

Mary Rivers completed an MA in child development at Columbia Teachers College, 2012, and an MSW at Columbia University, 2013. She is currently a Mental Health Clinician with the Institute for Family Health in the Bronx. Mary was a McNair scholar, and her research experiment was presented at a regional and an international conference.

Foraker, S. (2011). Gesture and discourse: How we use our hands to introduce and refer back. In G. Stam, & M. Ishino (Eds.), Integrating Gestures: The Interdisciplinary Nature of Gesture (pp. 279-292). Amsterdam, The Netherlands: John Benjamins.

Foraker, S., & *Kuhl, C. (2014, July). Intentional gesturing at encoding facilitates retrieval, but not as much as mental imagery: Implications for representation of gestured information. Poster presented at the 6th conference of the International Society for Gesture Studies, San Diego, CA.

My research focuses on two main issues. Below are some questions to give you an idea of how I study them.

Relationship between cognition and language